The merger of Heath Grammar School and Crossley and Porter Schools to form Crossley Heath School took place in 1985 after 400 years and 121 years respectively. The school building at Heath continued to be used until 1988 during the amalgamation period. The first Head was Mr Paul Barker, previous Head of Crossley and Porter School, leading a school of about 1100 students across the two sites, reducing to around 700 by 1990 before increasing to around 1000 currently through a programme of increased admissions in year 7. The late 1980s saw a period of continuous debate about the future direction of the new school amongst all interested parties – parents, governors and Calderdale Council. There was uncertainty over moves towards comprehensive education, further amalgamations and the creation of Sixth form teaching centres. The 1988 Education Reform Act enabled the creation of Grant maintained schools, free of council control and directly funded by the Government. Mr Barker retired after 14 years in 1991 at the stage when Crossley Heath became Grant maintained, one of the first schools in Calderdale to do so. 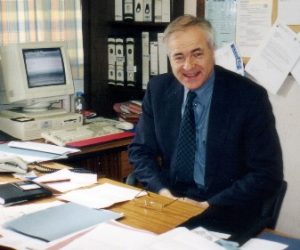 Mr John Bunch, former Head at Heath, succeeded as next Head taking the school through this opt-out phase. Academic success continued to flourish after amalgamation – perhaps the friendly rivalry encouraged healthy competition! Results year on year continued to improve despite the enormous pace of change in education, with such innovations as AS Levels as part of the Curriculum 2000 changes putting pressure on both staff and students.

In September 1998 Crossley Heath was one of only 75 schools awarded the status of “Beacon School”, a government initiative encouraging the sharing of good practice by working in partnership with other schools, and developing new ideas across all areas of the curriculum. Funding for the Beacon scheme finished in 2003, Crossley Heath having run many courses and classes.

By 1999 arrangements for self-funding schools meant that they became known as Foundation Schools. Changes included funding once again coming from Calderdale and the Governing body undergoing constitutional change.

Mr Bunch retired in 2001 and Miss Helen Gaunt was appointed as Head, vowing to continue to balance tradition with new ideas and strategies. One of the most important successes of her leadership was achievement of Language College status in 2003 allowing further refurbishment of that wing of the school.  A successful fundraising campaign resulted in the building of a new sports hall in 2010. Miss Gaunt left in 2011. 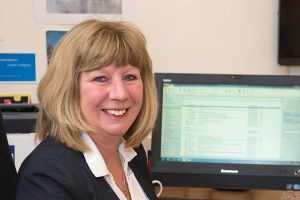 Mrs Wendy Moffat was appointed as Head in 2012. Results continued to rise steadily and Crossley Heath School is now known as the highest performing state school in West Yorkshire. Under Mrs Moffat’s leadership the school became an academy and another successful fundraising campaign saw the creation of a new sixth form centre and collaborations with other providers, including Calderdale College, who were able to provide alternative pathways for some of the students. The school also celebrated its 150th anniversary with a variety of activities throughout the year.

Mrs Moffat left in 2017 with Mrs Lynnette Cassidy currently in post as head teacher with a vision to take the school forward again.

The Grade 2 listed building itself, described unkindly in the 1993 OFSTED report as “old and rambling,” has undergone massive renovation. In the early 1990s major work was completed on the leaking roof and clock tower fully restoring the exterior and also the clock and its chimes. Work continued to reinforce ceilings and refurbishing all major areas of the school such as the science laboratories and the library, which became the Learning Resource Centre. In July 2005 the extension of the technology block was completed and houses all technologies and more recently the Art department. A recent successful funding bid has resulted in the school having new windows and roof.